An article published in Nature Scientific Reports: Huge decrease of frost frequency in the Mont-Blanc Massif under climate change

An article published in Nature Scientific Reports: Huge decrease of frost frequency in the Mont-Blanc Massif under climate change

This study co-signed by 5 members of the laboratory Biogéosciences (Dijon) was led in the framework of the ANR project « VIP-Mont-Blanc » about the consequences of climate change in the Mont Blanc massif. It is based on 13 models of simulated temperatures used to define the IPCC’s climate scenarios. These data have a coarse spatial resolution, i.e. grid cells of a 100 to 200 km, but have a very high temporal resolution: a daily value of minimum and maximum temperature from 1850 to 2100, amounting to 55 000 days! The algorithm developed by the Bourgogne Franche-Comté team aims at reducing this data’s spatial inaccuracy by “downscaling”. Eventually, the coupling of physical and geographical models provided very high spatio-temporal resolution climate data. At a 200 m resolution over the entire Mont Blanc massif and for 55 000 days, each of the 13 simulations were downscaled according to two scenarios, optimistic vs pessimistic.

Until the middle of the 20th century, the study shows few differences between scenarios but in the second half, strong evolutions arise. Under the pessimistic scenario, every third day will be frostless on the Mont Blanc summit in summer, with a risk of rock wall destabilization and collapse all over the range. Things will be not better in winter with very little snow in the valley. 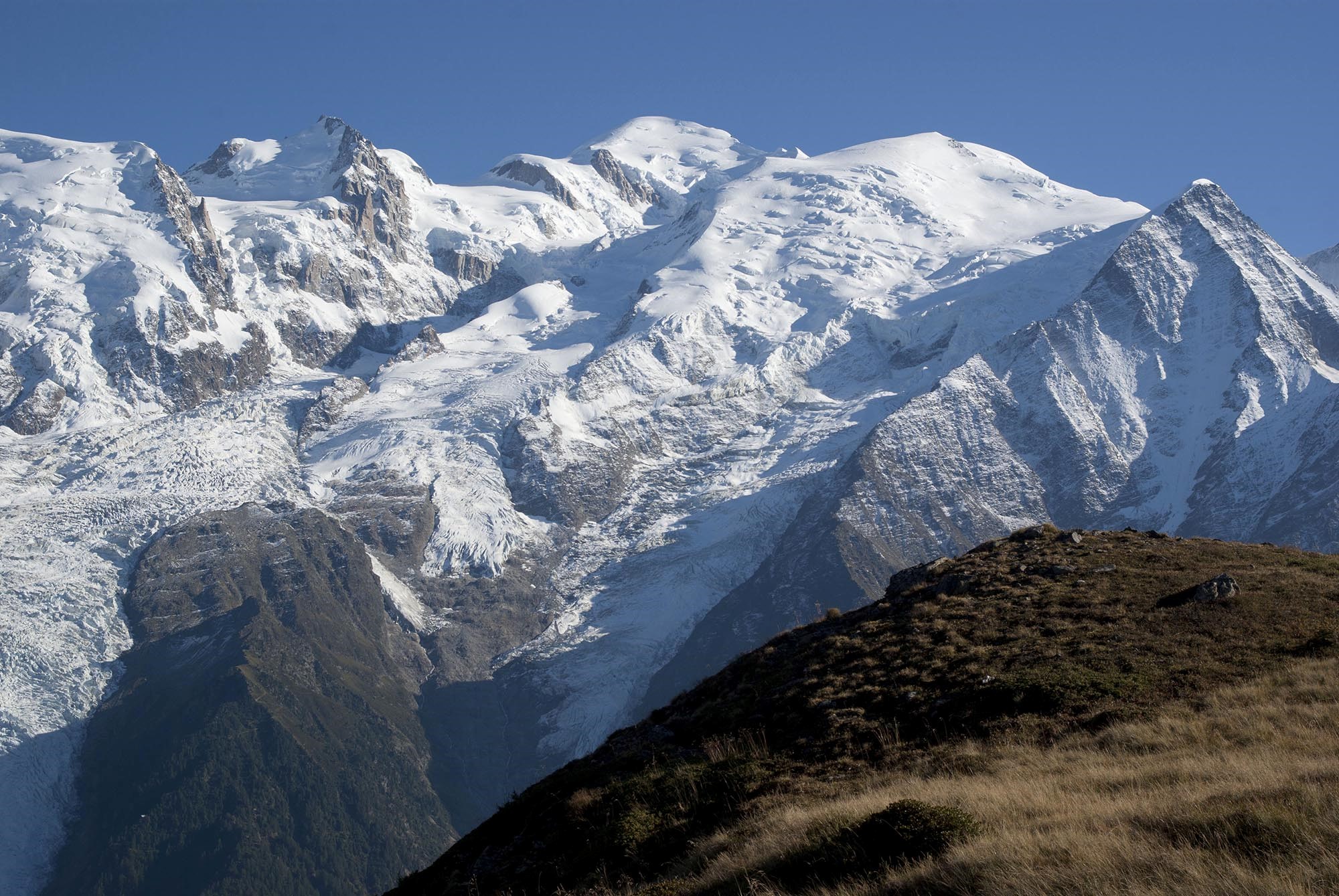