Thibaut Vairet is denfending his PhD thesis : Sensitivity of a climate model to urban form. Application on Dijon Métropole 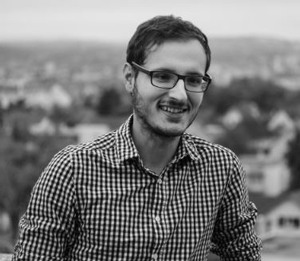 The urban environment is at the crossroads of two complex systems with different temporalities : climate and society. The urban climate is a modification of the climate caused by the presence of a city. The most successful expression of this climate change by the presence of the city is the phenomenon of Urban Heat Island (UHI). In a global context of adaptation and mitigation to climate change and urban development, this phenomenon of ICU tends to increase, and its health impacts on populations to become more prominent. This work is aimed at improving the knowledge of the impact of urban form and urban development on the intensity of the UCI through the implementation of a decision support tool allowing to integrate urban climate into decision-making processes. To do this, a “ model-dependent ” approach has been adopted. Five urban growth scenarios are based on the same number of housing but correspond to different Local Climate Zones (Grouped individual housing - LCZ 9, Individual group housing - LCZ 6, Low density collective - LCZ 3, Collective - LCZ 2, Dense collective - LCZ 4). These are developed by 2050, based on input data from growth models (MUP-City) and urban climate (Meso-NH / TEB). In order to assess the ability of Meso-NH / TEB to reproduce temperatures in Dijon Métropole, a control simulation, relating to the current city, is previously compared with data from the MUSTARDijon network for the heat wave period from 22 to 26 July 2018. A comparison of the results with the MUSTARDijon textit in situ network shows that the simulated temperatures are spatially and temporally consistent with the observations. The diurnal cycle is correctly modeled as well as urban and rural environments. A significant bias is present at nights in rural areas where temperatures remain high, limiting the intensity of the simulated UI. Compared to the control simulation, for the days (12LT to 18LT), the scenario with LCZs 3 and 2 present warmer temperatures than the scenario with LCZs 9 and 6. The scenarios for which the building percentage is the smallest has the smallest temperature increases. Finally, it would seem that building, whatever the urban form, on the outskirts of already defined built-up areas, has little impact on their temperature.