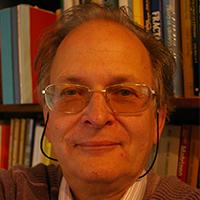 Pierre Frankhauser is professor of geography at the University of Franche-Comté since 1996. He is interested in the analysis of the spatial organisation of urban fabrics and transport networks across scales based on a fractal approach. Various computerised analytical tools have been developed together with ThéMA researchers and engineers. He also works on the establishment of planning concepts for sustainable development on the scale of agglomerations again inspired by fractal geometry. This work attempts to find urban configurations that optimise accessibility to places frequented by residents with the aim of limiting the length of their journeys. In this context, the objective is to design computer tools to make this approach operational through the simulation of development scenarios.

Another area of research is the development of an interdisciplinary understanding of the decision-making processes involved in residential choice through surveys and theoretical reflection on how these processes are modelled.

Studies of theoretical physics and human sciences at University of Stuttgart

1996 Professor of geography, University of Franche-Comté

1993–1996 Lecturer in geography, University of Franche-Comté

Expert with Franche-Comté Economic, Social and Environmental Council (2012), expert appraisal for Jining District Municipal Council (China) (2012), participation in Doubs Infrastructure and Agricultural Board work group on drawing up a local planning charter for economic management of space (2010). Expert in COST10 ‘Outskirts of Cities’ action (2001–2004). Expert with ATN consultancy on modelling public actor strategy in the development of a traffic simulation tool (Mobisim project) (2004). Installation of a hall in the ‘In search of the ideal city’ exhibition at Arc-et-Senans salt works (2000).

Member of IRSTEA scientific and technical council (since 2012)

Establishment and then head of ThéMA’s ‘Mobility, Cities, Transport’ team (since 1999)

Head of the geography option for the DEA postgraduate diploma ‘New methods and techniques in human and social sciences’ and local head of multi-site DEA diploma ‘Structures and spatial dynamics’ (2000–2004), head of ‘Spatial structures and dynamics’ research specialism of human and social science master/geography and territories option (University of Franche-Comté) (2004–2006)

ECDESUP interdisciplinary ANR project (evaluation, choice and decision making in the use of urban and suburban spaces) (2007–2012)

My research activities relate essentially to a morpho-descriptive approach to the spatial organisation of urban patches using a cross-disciplinary understanding based on fractal geometry. From this perspective, it has proved necessary to adapt measurement methods to the structures in question, and even to develop special-purpose methods. The analyses conducted on many European urban fabrics illustrate the value of this approach. It has been possible to make connections between the results obtained and the urbanisation processes behind the emergence of these urban fabrics.

The investigations have shown the value of the principle of nested scales specific to fractals for establishing a planning concept that integrates social demand while channelling suburbanisation in the direction of sustainable development. Different methods have been developed in conjunction with ThéMA members to put this planning concept into practice.

This work is supplemented by the study of socio-economic processes capable of generating such urban forms, in conjunction with socio-psychologists and economists. It includes both collecting information from households so as to better understand how they decide to move house and reflecting on the formalisation of the decision-making processes.